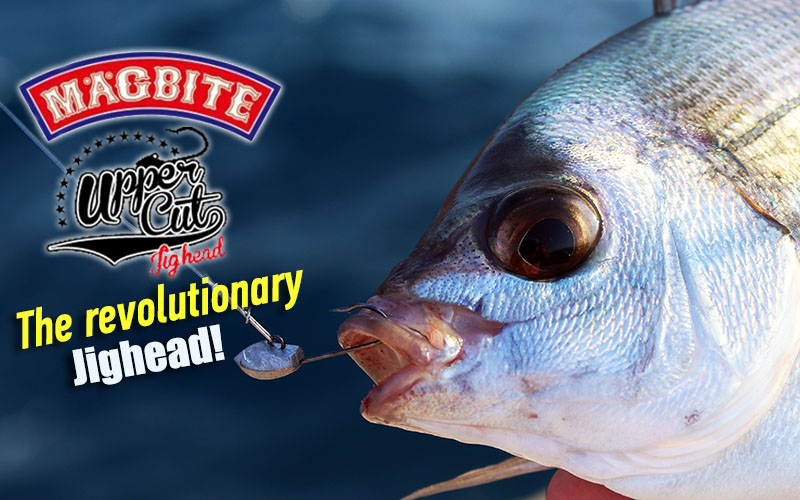 I believe every spinner found himself wondering.... will this lure work? Which one is the "proper way" to use it?? and many more that comes to our mind. This is exactly what fascinates me when i get a new lure, unknown to me. Instantly i wonder what kind of movement it has in water and i search the internet for information, but beyond that I will experiment in my own way. My target, most of the time, is catch a big sea bass with it. In this case, i refer to the SNECON 90S that was in my hands a few months ago and it made me think of that. 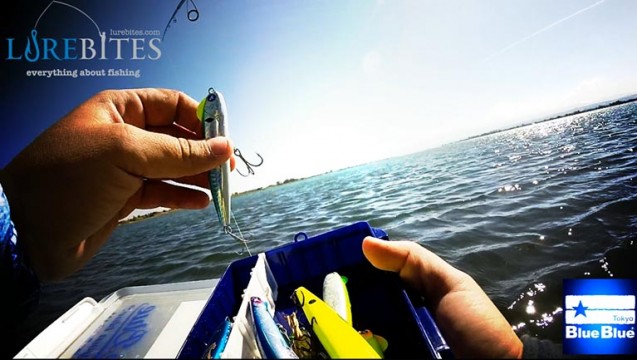 My thoughts turned into many experiiments at sea. As a result SNECON 90S, in many ways, to unlock the suspicion of big sea bass. You have seen my biggest achievements in the article concersning its presentation. I would like however to share with you one more adventure in latest fishing expedition using it. It was late October and theoritically is a very good season to "hunt" sea bass using the "wading" technique so i thought i would give it a go. I went to a place, from dawn to early afternoon, that in the past has blessed me with many sea bass using surface lures. It was a very shallow beach with thick seaweed. In several parts of the beach, the beach had loose ground. I avoided those parts because it was very dangerous to sink inside the mud. 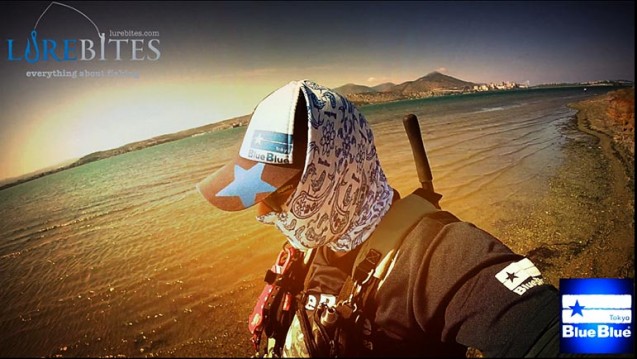 The weather conditions was sunny clear with 3-4 Beaufort. Based on the prevailing weather conditions, i chose to fish a particular piece of the beach in which the water has been clouded by the air. I headed into the beach in such a way that you have the air behind, something that made the casting easier. Walking through the water i watched the little "cephalus" running away from me in fear. I realized there was enough food for sea bass at this point. They would visit this place to feed and i was hoping i would be there when the time comes.

Indeed having travelled for so long without results, in a cast a big sea bass followed SNECON without striking it. In the next one the sea bass stroke it in a fierce way and it got caught. It gave me a very beautiful fight but i will stand in the beauty of the picture that played at that moment in front of my eyes. One of the most beautiful moment a spinner can live it's when you suddenly see an explosion on the surface with the sea bass coming out all the way out of the water having the lure in the mouth. After immortalizing it by taking some pictures, i released it as a reward for this magical moment that gave me. 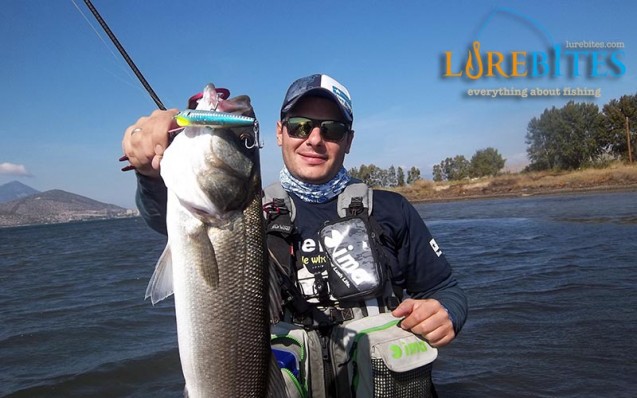 I believed the successful adjustment of SNECON at such points would be pretty easy. The reason is that despite being "sinking" it sinks slowly enough so it can easily move very close to the surface of the sea, sometimes even on it. I used the SNECON with quick recovery combined with repeating jerks. In conclusion i was trying to keep it on the surface, as a result, it was moving most of the time 5 points under the surface with very intense zig-zag pattern while sometimes it came to the surface of the sea making a splash or struggling like a small fish. As soon as it was spilling to the surface, I let it sink for a few seconds and started the same procedure. 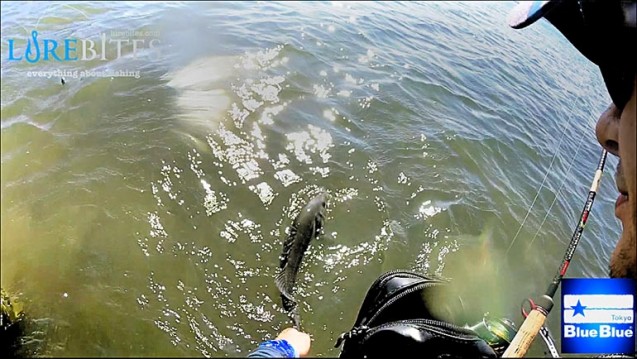 The joy - satisfaction I got from this excursion was very great. My original thought had become a reality. Weather an lure "works" depends on us, in our imagination and from the opportunities we will give it. i believe there is no "right way" in spinning, you can only suggest. What Spinning is definitely based on is nothing but experimentation.