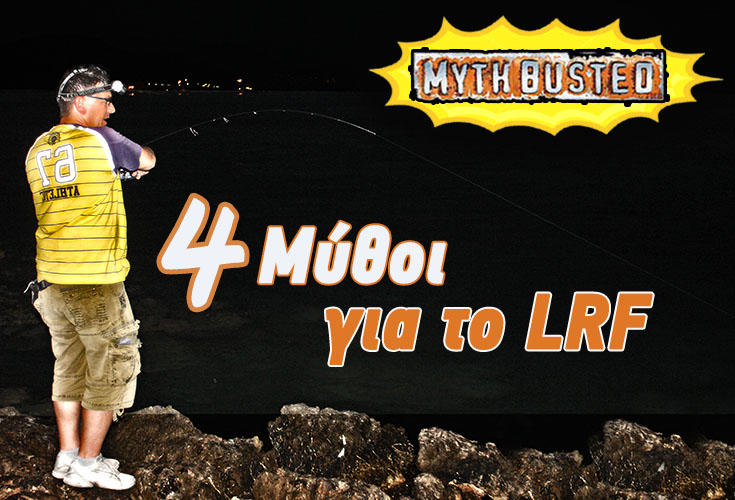 When I decided to involve with lrf (Light Rock Fishing), I was fishing for some time with lures. In Greece, things were pretty much embryonic, and only George Fenerlis had written some things about it.

However, I was looking abroad how passionate they were, as there were people who only fished with this technique by putting aside all the rest. After so long, LRF is known to every angler but there are still some myths that surround it. So let's get them sorted out ... 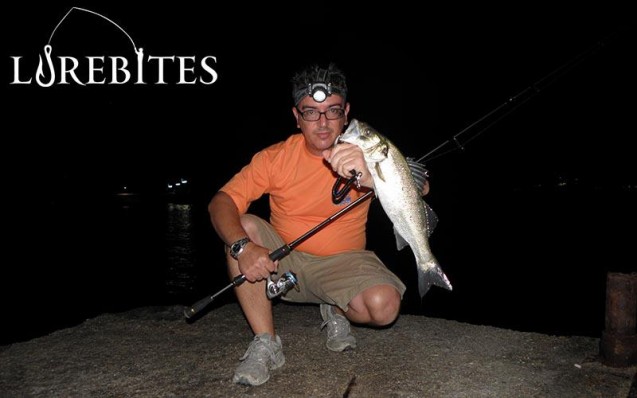 It was one of the first things I heard about fishing and the holy rule of all old anglers: If you want to catch a big fish, you will get something big, either live bait or lure. But is that the case? When I began to observe the eating habits of fish, I began to doubt this rule and when I saw what they had eaten the fish I was holding, I was sure. Even large fish had endless appetite for small snacks. 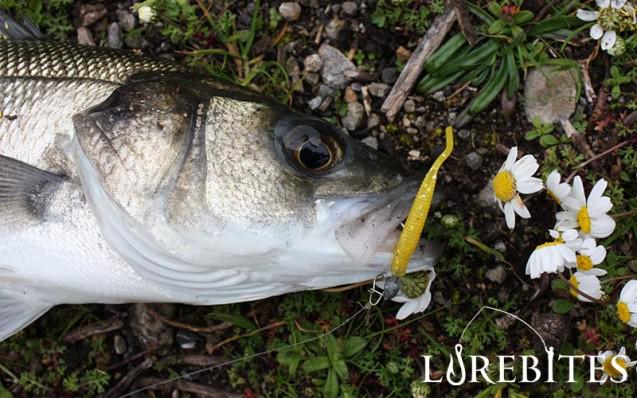 But I had to confirm these remarks. However, the existing rods was unable to work small lures and soft lures  properly and only a pure Light Rock rod can give life to them. With the purchase and exhaustive testing, I managed to crack this myth in my own eyes and confirm another rule: your best teacher is your hours at sea ...Myth Second: "Rods for...perch!" 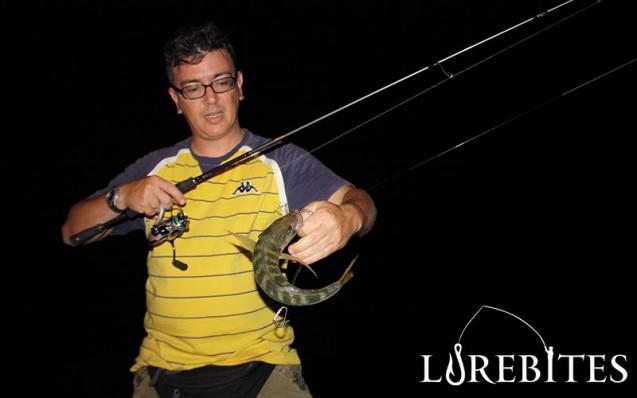 Reading the c.w. of the rods, the first question of people who have not fished with them is: "But what do you catch with them? Perch? ". It is a fact that LRF rods are not intended for four kilos barracuda and tunas. However, they do not have the usual behavior of old rods with the same c.w. which bend to the reel. The Japanese and the new generations of European LRF rods have a lot of power and will not hesitate to deal with worthy opponents. 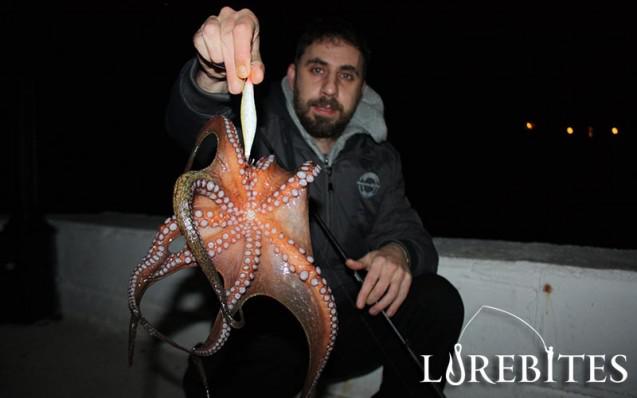 Their blank and generally the quality of their materials make the difference by giving us a great deal of confidence during the battle. Their cooperation with a reliable linear brake system is essential. I will not forget an evening in a session with George Fenerli when he found an octopus over a pound on a squid jig he had cast with an APIA LRF (Bull Force 80MT). With lightning moves lifted it away from the bottom, leaving us with the question how much power was still hiding that little rod.Myth Third: "I have nothing to learn" 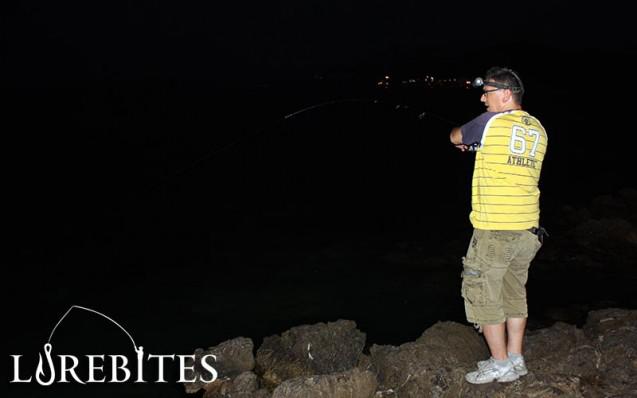 Starting the LRF I had the impression that it was a totally fun game, and I would just transfer my knowledge of lure fishing to it. But in the process I saw that things were going upside down! The constant fights with various species of fish have added knowledge to both the handling and the use of various baits. The cast distances were smaller but that was not necessarily bad as I learned to work the rod-braid-reel as an extension of my hand. And all because of the immediacy of light equipment. 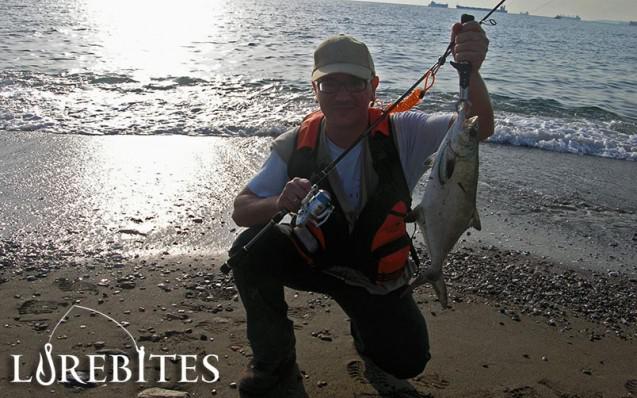 I also learned to fish in windy conditions (not of course 7 beaufort), with less than 10 grams of lures. The most important thing, however, is that I have learned the limits of the rοd and the reel, and I am enjoying quite often situations to the limit! Unlike lure fishing, to bent a 10-40 cw rod to its limits would be with a fish 4+kilos at least. In LRF a 1.5 kilos lichia amia will make our reel scream and our fingers will be stuck in the brakes. 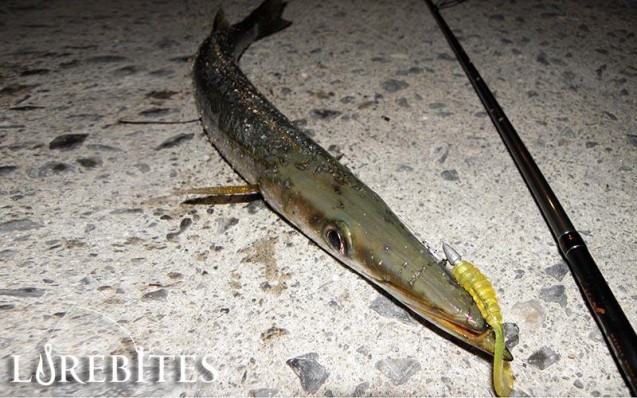 On a recent session in southern Peloponnese fishing bass with small soft lures, I got a hit from a different fish. At that moment I was casting a yellow curly tail soft lure with a 5 gram jighead. Among the fishing boats I did not have many choices. I tightened the brakes and I wished my rod with c.w. 2-10 g to give its best. And indeed, after a fascinating battle, a 1.4-kilos barracuda was on the surface. I was lucky, of course, that he did not cut my braid, but we must have the luck with our part too!Myth Four: "Fish at Home" 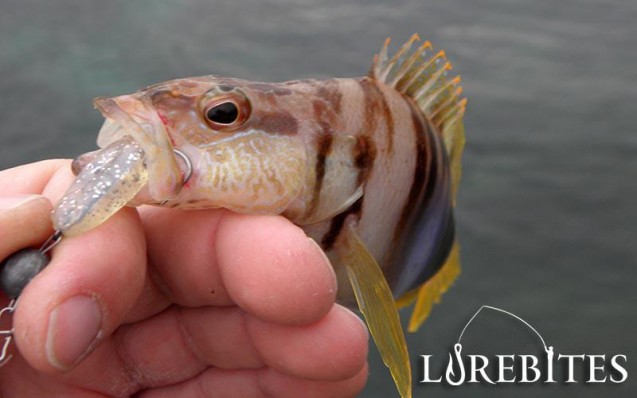 When  LRF began to spread in Greece, it was the impression that this would be the final shot in coastal small fishes because of how easy they eat in small baits. It was a pleasant surprise to spread c & r in Greece, and LRF fishermen have a big share of responsibility of that. As with all kinds of fishing  there are many kinds of fishermen. Those who keep all the fish, those who release them all, and those who are in the middle. 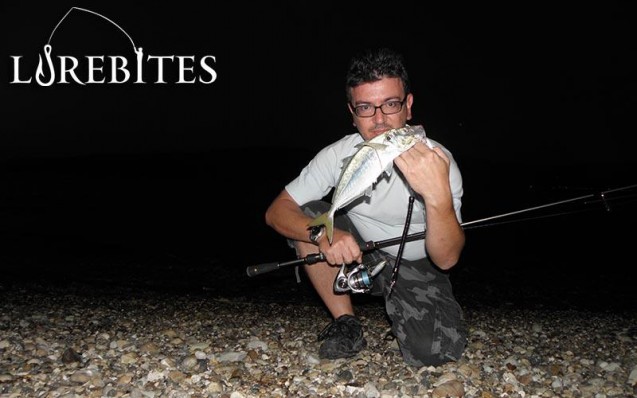 I consciously chose to be in the third group. I wish I had the mental courage to release all the fish that I am tricking but I feel uncomfortable buying frozen fish and chemicals sprayed from the other end of the earth, and I release adults. But I learned to judge consciously and let live fish that have virtually nothing to offer but the experience of a battle. Especially in the LRF that the strike is repeated, I feel full of returning home even without fish, but with 10 releases, 5 photos and a smile! 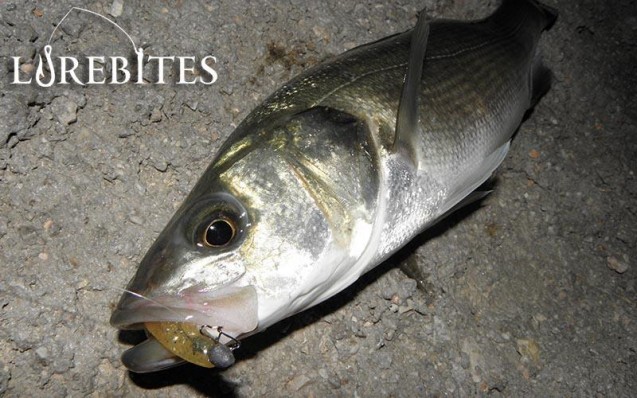 It is a fact that I have been struggling to make my surroundings understand my thoughts, but now the rule is the question "did you have a pleasant time?" And not "did you caught fish"? Besides, who said that everything comes easily in this life? I think with this article I explained my way of thinking and my view of the technique we call LRF, through the dismantling of these four myths. I hope you try it, so you can also dismantle other myths that will make you better anglers but mostly better people!